A guide to navigating the complexities of ESG in alternative investments On the 19th of May 2022 Aurum Funds Limited held its inaugural Alternative ESG Symposium, which was a pleasure to host. The purpose of the event was to bring investors, managers and asset owners of alternative investments together to focus on how to better navigate the complexities of ESG in alternative investments. The Symposium provided a forum for discussion, as well as input from industry specialists on the current ESG environment and expected direction of travel.

The aim when curating the event was to create a day that would be exciting to attend and the symposium certainly did not disappoint. The sessions and the responses from those that attended exceeded expectations. The day was enriched by the variety and experience of the speakers, which shined through with the insightful messages and informed debate.

Carbon offsetting – how to avoid sailing into the wind Before joining EY, Adepeju was the Virgin Group Net Zero & Sustainability Manager. In this role she provided strategic and technical ESG expertise to support investment activities and engage portfolio companies across sectors on their material ESG issues. She previously led the management of a $25 million climate change innovation prize focused on scaling both nature and technology-based carbon removal solutions.

Adepeju has an MSc in Sustainable Energy Futures from Imperial College London and a BEng in Chemical Engineering from University College London. She also co-authored a 2015 Nature Climate Change Publication titled “Investing in Negative Emissions” which focused on outlining the key barriers to investment and scale-up to carbon removal solutions. Before this, Scarlett was an independent researcher, working with organisations such as CIPD, University of Oxford, Company Matters and Sapphire Partners to lead research and insights into responsible business and corporate governance. Previously she was Director of Research at Tomorrow’s Company, and a senior governance analyst at Grant Thornton. Her book, “Gender and Corporate Boards” was published last year, based on her PhD research into how non-executives are recruited, and the barriers to boardroom diversity. In her free time, she is a non-executive director and a trustee, and spends an unreasonable amount of time listening to Prince.
Read more 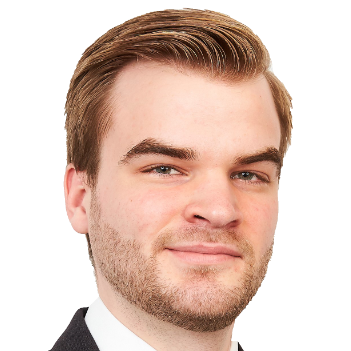 A native of Vancouver, Canada, Max holds an MSc in International Relations from the London School of Economics.
Read more Ray was instrumental in the production of Our Planet: Too Big to Fail, a multi award winning film produced by Silverback Films. Ray has also led projects for WWF with global pension funds on climate scenario modelling as well as successful engagement with the finance sector for protection of World Heritage Sites.

Previously, Ray spent eight years in the global markets division of Merrill Lynch in New York specializing in foreign exchange and short interest rates. He led senior relationships with hedge fund and real money clients from around the world and, later, also made markets and held risk positions for the global Bank.

Ray holds a BSc. in Economics from the Wharton School of the University of Pennsylvania and a MSc. in Environment & Development from the London School of Economics. He currently also sits on two non-executive boards. He is a member of Parmenion’s Ethical Oversight Committee as well as WHEB Asset Management’s Advisory Committee.

He speaks some Spanish, French, and Gujarati and when not delving into the exciting field of sustainable finance, can be found laughing somewhere with his two children, walking in nature, or playing a quick game of tennis.
Read more ndapt has grown substantially over the last couple of years to 11 partners and 21 appointments. Their success is largely driven by a commercial approach to the management of pension funds and demonstrating tangible results for pension scheme members and their sponsors.
Read more 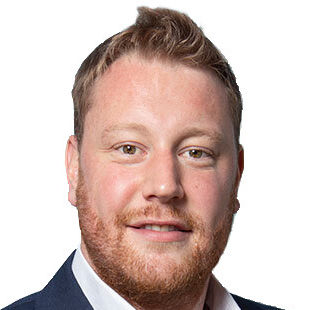 Managing Director and the Head of Strategic Content
Jeffries After supporting hundreds of entrepreneurs, Jacqueline and her team understand that character is a crucial ingredient for success. In 2020, they launched Acumen Academy to support leaders on their journey of global social change. To date, the organization has built a corps of 1000+ Fellows, and more than 500,000 individuals from 193 countries have taken Acumen Academy’s online courses.

As the New York Times best-selling author of The Blue Sweater and Manifesto for a Moral Revolution: Practices to Build a Better World, Jacqueline also sits on the board of the Aspen Institute and 60 Decibels, as well as on a variety of advisory boards. She has been named one of the Top 100 Global Thinkers by Foreign Policy, one of the 25 Smartest People of the Decade by the Daily Beast, and one of the world’s 100 Greatest Living Business Minds by Forbes, which also honoured her with the Forbes 400 Lifetime Achievement Award for Social Entrepreneurship. She lives in New York with her husband.
Read more Nick is an IFoA council member, he is the Immediate Past Chair of the IFoA’s Sustainability Board and was co-chair of the IFoA’s climate-related risks taskforce. He recently co-authored a paper on “Climate scenario analysis – An illustration of potential long-term economic & financial market impacts” as well as the DCIF Good Citizen’s Guide to ESG. Nick is a founding member of Actuaries for Transformational Change, and a member of the Biodiversity Working Party.

Nick is a passionate believer in the importance of values and culture and an advocate for aligning the asset management industry with a broader societal purpose. He was Co-Chair of Russell Investments’ EMEA Diversity & Inclusion Committee and is an Ambassador for the Diversity Project.
Read more